Results from the phase 1/2 TAS-120-101 trial lead to the accelerated approval of futibatinib in patients with locally advanced or metastatic cholangiocarcinoma and an FGFR2 gene fusion or rearrangement.

The FDA has granted accelerate approval to futibatinib (Lytgobi) for patients with previously treated unresectable, locally advanced or metastatic cholangiocarcinoma whose tumors harbor a FGFR2 gene rearrangement or fusion, according to a press release from the FDA.1

“Lytgobi is a key example of the potential of precision medicine in [intrahepatic cholangiocarcinoma] and represents another advance in the treatment of this rare and challenging disease,” Lipika Goyal, MD, MPhil, of the Massachusetts General Hospital Cancer Center and lead investigator of the pivotal TAS-120-101 trial, said in a statement. “I am encouraged that treatment options continue to expand and evolve for this disease through the dedicated efforts of many over several years.”

Another trial examining the agent in the indicated patient population was the phase 2b FOENIX-CCA2 trial (NCT02052778), for which updated findings were presented at the 2022 American Society of Clinical Oncology (ASCO) Annual Meeting.2 A total of 103 patients with advanced or metastatic FGFR2-altered intrahepatic cholangiocarcinoma were enrolled and received 20 mg of oral futibatinib once daily continuously for 21-day cycles. Treatment continued until disease progression, drug intolerance, withdrawal of consent, or death. Patients could have a maximum of 2 dose reductions to 16 mg then to 12 mg to mitigate adverse effects (AEs).

The median follow-up was 25.0 months and 93% of patients had discontinued treatment by final data cutoff. The median number of treatment cycles was 13.0 with a median treatment duration of 9.1 months.

The most common treatment-related AEs (TRAEs) of any grade included hyperphosphatemia, alopecia, dry mouth, and diarrhea. Most TRAEs were grade 3 or less, but there were 2 grade 4 events. Grade 3AEs of special interest included hyperphosphatemia (31%), increased alanine transaminase and aspartate transaminase (12%), Palmar-plantar erythrodysesthesia syndrome (6%), and nail toxicities (2%).

Patient-reported outcomes showed quality of life was maintained from baseline to treatment cycle 13. There was a mean change from baseline of –8.9 in 44 patients at the end of treatment. 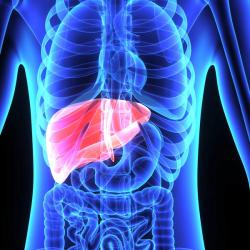