Lung Cancer Screenings Remained Stable in US Throughout the COVID-19 Pandemic, With Some States Seeing improvements

Most states in the United States had stable rates of lung cancer screenings during the COVID-19 pandemic, with some even experiencing significant improvements.

Lung cancer screenings in the United States remained stable during the COVID-19 pandemic, compared with screenings for other disease types, which declined significantly over the course of the outbreak, according to a study published in Chest.

“In this population-based study, [lung cancer screening] rates remained stable between 2019 and 2020 and just under 1 in 15 eligible people were screened. The lack of nationwide declines could be due to underutilization of [lung cancer screenings] before the pandemic began when only 5% to 6% of adults received screening in 2018, which limited the room for further decreases,” the investigators wrote.

The study used data from patients who were between the ages of 55 to 80 years old. Patients were also required to be current or former smokers who quit within the last 15 years or who have a 30 pack or greater per year history.

Previous studies have reported approximately 80% to 90% declines in screenings for breast, cervical, and colorectal cancer in March to April 2020, with rates rebounding in summer 2021 as lockdown restrictions eased.

However, investigators reported that between 2019 and 2020, SRRs had not changed in 25 states and increased in 19 states by 20% or more (SRRs ≥1.2), including Nevada, West Virginia, Maine, and Kentucky.

Investigators believe that the increases in testing could imply that health systems and both local and state cancer control efforts were effective in improving testing rates. Additionally, states that had lower screening rates may have had stricter stay-at-home orders due to the COVID-19 pandemic. 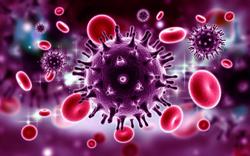 Emotional Health of Nurses Appears Continues to be Severely Impacted by the COVID-19 Pandemic, Survey Says

Hossein Borghaei, DO, MS, Offers His Advice on Staying Up to Date With Lung Cancer Research