A study conducted by the Southwest Oncology Group reported that a short course of chemotherapy followed by radiation significantly improves time to disease progression and minimizes toxicity in patients with early-stage Hodgkin’s disease. The study evaluated whether chemotherapy should be part of the treatment regimen for patients with early-stage Hodgkin’s disease. Earlier studies of other chemotherapy combinations followed by radiation also demonstrated improved progression-free survival rates; however, patients experienced excessive toxicities.

In addition, the study determined that staging laparotomy could be avoided inthis setting. The 348 patients enrolled in the 10-year phase III trial werestaged clinically, by examining tumor size, lymph node involvement, andmetastatic sites. Patients were then randomized to receive either a combinedtreatment of three cycles of doxorubicin and vinblastine followed by radiation,or radiation alone. Radiation therapy levels were the same for patients in botharms of the investigation.

Among patients who received the combined treatment, the 3-year failure-freesurvival rate was 94%, compared to 81% for the radiation therapy-only arm.Patients who achieved failure-free survival did not experience a recurrence ofdisease or develop any other treatment-related complications during the 3-yearfollow-up period. Because of these significant results, the study was stopped atthe second interim analysis after 9 years. The results were reported in arecent issue of the Journal of Clinical Oncology (19:4238-4244, 2001).

In the combined treatment arm, 10 patients experienced disease progressioncompared to 34 in the radiation therapy-only arm, and one treatment-relateddeath occurred in each arm. Because highly toxic chemotherapy agents were notused, side effects were generally manageable.

During the last 3 to 4 years, combined treatment regimens of short-coursechemotherapy followed by radiation have become the standard of care for patientswith early-stage Hodgkin’s disease. Most physicians now use even smallerradiation fields than were used in the study. 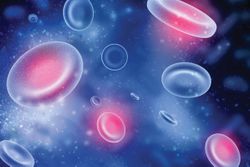 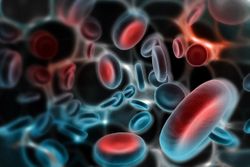