A real-world study enlightens to the importance of NRG1 fusions in non–small cell lung cancer and provides possible steps forward.

Results of a real-world feasibility study that were presented at the International Association for the Study of Lung Cancer 2020 World Conference on Lung Cancer (WCLC) Singapore indicate that NRG1 fusions are detectable in patients with non–small cell lung cancer (NSCLC). Additionally, tumors harboring these aberrations should be looked at in larger, retrospective studies to assess therapeutic outcomes and evaluate the use of afatinib (Gilotrif).1

Additionally, the total number of lines of treatment administered varied among patients treated with afatinib versus another systemic treatment in the frontline (3 vs 15, respectively), second- (18 vs 6), third- (4 vs 2), and fourth-line settings (1 vs 0).

“The data from this feasibility study support previous findings that NRG1 gene fusions are detectable in significant numbers in patients with NSCLC,” Ajeet Gajra, MD, vice president of Cardinal Health, and coinvestigators wrote in a poster presentation. “These findings provide a rationale to perform a larger, retrospective, chart-based, real-world study assessing treatment outcomes in patients with NRG1 gene fusion–positive tumors.”

NRG1 fusions may be oncogenic, and oncogenic fusions of NRG1 may cause excess accumulation of the NRG1-fusion protein at the cell surface. This can cause persistent activation of ErbB receptor tyrosine kinases that drive excess activity in the mTOR and MAPK pathways and promote tumorigenesis, the investigators noted.

In the real-world study, investigators sought to determine the number of patients with NRG1 fusion–positive tumors in an effort to evaluate the feasibility of the trial, and also to explore treatment approaches these patients receive and how NRG1 is detected. The plan was to gain insight for a larger, retrospective, real-world study of this patient population.

In the retrospective, multicenter, feasibility trial, physicians from Cardinal Health Oncology Provider Network identified up to 30 eligible patients each with data from electronic medical records. Patient data were provided via electronic case report form, and all forms were reviewed by Cardinal Health.

Patients must have been at least 18 years old at the time of diagnosis with an NRG1 gene fusion and had initiated either afatinib or another systemic therapy with no prior afatinib; 8 or more weeks of follow-up was required.

Results of the NSCLC subset comprised the data presented at the 2020 WCLC. Here, the median age across both cohorts was 62 years, and nearly half of all patients were female. Most patients were White (68%), followed by Asian (12%), Black/African American (28%), and other (2%). Additionally, the majority of patients were non-Hispanic/non-Latinx (89.5%).

Investigators also noted that most molecular testing was conducted at specialist laboratories. For most patients with NSCLC, NRG1 fusion testing was performed prior to receiving frontline treatment in the afatinib (n = 15) and other systemic treatment cohorts (n = 19). The median time from testing to initiation of therapy in the afatinib group was 3 weeks in the frontline setting, 2 weeks in the second-line setting, and 3.5 weeks in the third-line setting. In the other systemic treatment group, the median time from testing to start of treatment was 2, 2, and 4 weeks, respectively.

Roy S. Herbst, MD, PhD, on What Multidisciplinary Providers Should Know About KEYNOTE-010

Salma Jabbour, MD, on Next Steps for the KEYNOTE-799 Study 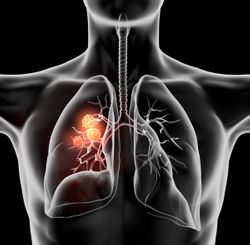