More oncologists in the past few years have opted to consolidate with other practices in their area or sought employment at hospitals. Results from an ongoing survey highlights the ups and down of cancer care, with most professionals reporting they are happy with their chosen specialty.

More oncologists in the past few years have opted to consolidate with other practices in their area or sought employment at hospitals. Results from an ongoing survey highlights the ups and down of cancer care, with most professionals reporting they are happy with their chosen specialty.

Despite significant changes in the oncology landscape-the closure of independent cancer care centers, cuts to Medicare reimbursement rates, the battle over healthcare reform-oncologists say they are happy with their careers and would choose their specialty again, according to a new survey. But even the most satisfied oncologist has made concessions and changes in order to keep up with the times, based on the results of another survey.

Epocrates Market Research interviewed 200 U.S. oncologists in late 2009 on a range of issues related to practicing medicine and the healthcare industry. Epocrates is a developer of mobile clinical reference software. The Association of Community Cancer Centers (ACCC) cosponsored the "Cancer Care Trends in Community Cancer Centers Survey" project with Eli Lilly. This is year two of a three-year survey first conducted in 2008. The 2009 survey included ACCC members at 84 hospitals in the U.S. (Oncology Issues, July/August, 2010).

The Epocrates survey showed that 84% of oncologists would choose a career in their specialty again, 78% would recommend their specialty to medical students, and 56% find it helpful when patients bring in information they’ve found on the Internet.

David Graham, MD, a spokesperson for Epocrates, pointed out that, under healthcare reform, more money has been promised for oncology-related research. Ironically, the survey showed that oncologists don’t expect that to be the case: The 30% who predicted a positive impact dropped to 20% when the question was about healthcare reform and research. "I was surprised by the findings on oncology-related research [because] it seems like there will be more spent on this…federal payers are going to be more supportive of clinical trials research," said Dr. Graham, who is also medical director of clinical trials at Carle Physicians Group in Urbana, Ill.

"The amount of time you [save] using electronic references is a pretty interesting bit of information," Dr. Graham said. "I think all physicians are going to rely on online tools like this. They aren’t going to have a choice in the matter."

Results from the ACCC survey also demonstrated a jump in the use of EMRs in 2010. In 2009, 84% of respondents reported utilization of EMRs vs 65% in 2008. More than half (54%) of respondents who use EMRs reported using more than one software program.

But an EMR system may have been the only big investment that oncologists were willing to make this year. The survey also showed that cancer programs delayed construction projects and some equipment purchases, such as PET or PET/CT scanners. On the other hand, more programs offered digital mammography, image-guided radiotherapy, and prostate brachytherapy in 2010 than offered them in 2009.

Personnel was another area where practices cut back. Among the ACCC survey respondents, 57% reported putting a freeze on hiring while 29% had reduced staff and 10% had reduced services.

"There is a sense that oncologists are starting to abandon their practices and are joining with hospitals as hospital-based physicians," said Al Benson III, MD, ACCC president and a professor of medicine at Northwestern University in Chicago.

"I think the biggest finding that really jumped out at us was that the recession is not affecting the hospitals as much as oncologists. They did not get impacted like the community oncologists," said Lee Blansett, senior vice president of Oncology Market Access for Kantar Health, based in Foster City, Calif. "This is a big trend change here. There was nothing subtle about it." 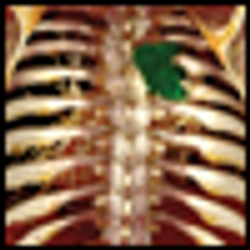 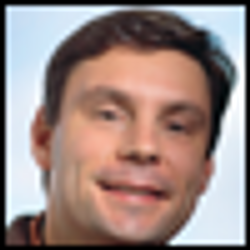 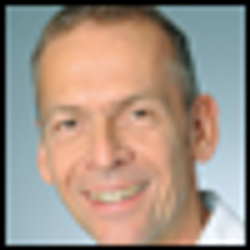