Oncology nurses from a community hospital in Cincinnati, Ohio implemented a two-pronged process for the safe handling of chemotherapy, improving nurses’ satisfaction and comfort levels regarding chemotherapy safety.

Sometimes the simple, straightforward solutions to a problem generate the best results. Oncology nurses from The Christ Hospital Cancer Center, a community hospital in Cincinnati, Ohio found that out when they implemented a two-pronged process to improve safe handling of chemotherapy.

Ms. Furhman, Cline, and Robison noticed, and made changes to address, two troubling issues: oncology staff were not consistently wearing their personal protective equipment (PPE; gowns and gloves) in the inpatient and outpatient oncology settings. In addition, Ms. Cline said some of the nurses were complaining during staff meetings that patient and family “chatter” and phone use was distracting to them while they were administering oncology drugs.

In September and October 2011, following a search of the nursing literature by Ms. Cline, to identify possible intervention strategies to address these issues, the authors conducted a pre-intervention survey of their Oncology Services nursing staff (which provide both inpatient and outpatient care), to determine the percentage of staff who “always” wore their chemo safety gowns and gloves, and to identify the reasons that they were not consistently wearing their PPE. In the inpatient setting, only 17% of the nurses were wearing their gowns “always,” with 39% responding that gowns “are not easily available”; similarly, 57% said gloves “are not easily available,” though 57% said they wore gloves “always.” Among the outpatient oncology nurses, none (0%) wore a chemo safety gown “always,” with 75% saying that “gowns are not easily available.” About 44% of the outpatient nurses wore their chemo safety gloves “always,” but a majority (67%) commented that the gloves are “too cumbersome.”

Noise was also a barrier that nurses identified to safer administration of chemotherapy. In the pre-intervention survey, 25% of the outpatient oncology nurses said they “frequently/always” felt distracted by the patient or the patient’s family and friends while hanging chemotherapy. The inpatient nurses were not questioned about distracters in the fall 2011 pre-intervention survey, but when they were asked about this in an April 2012 survey, 28% said they were “frequently or always” distracted by the patient/family/friends while administering chemotherapy.

To address these barriers, the following interventions were initiated in February 2012, as Ms. Cline explained in a discussion of the poster. (Please see accompanying video interview.) Lightweight chemotherapy safety gowns (placed on hooks) and gloves were provided in each room. Laminated “Chemotherapy ‘Time Out’” signs, which were blue to visually reinforce their connection to the blue chemotherapy safety gowns, were also placed in all the rooms, to educate patients and their visitors about the need for quiet during the chemotherapy administration process. The posters have a simple line drawing of a nurse hanging a chemotherapy infusion bag, and the text says: “YOUR NURSE NEEDS TO CONCENTRATE. When the nurse puts on the blue chemotherapy administration gown, please try to:

Thank you for your cooperation with this new process. Our goal is to help decrease distractions and improve patient safety.”

A follow-up survey in February 2013 showed that the intervention was very successful in both the inpatient and outpatient settings, helping to increase nurses’ use of chemotherapy safety PPE and decrease distractions that could negatively impact safe chemo administration. As a result of the intervention, 62% of inpatient oncology nurses and 48% of outpatient oncology nurses surveyed in February said they wore a safety gown “always” (up from 17% and 0%, respectively); no inpatient nurses and only 15% of the outpatient oncology nurses said gowns weren’t easily available; and 75% and 90%, respectively said they wore chemo safety gloves “always.” The percentage of nurses reporting noise distractions while hanging chemo also dropped, from 28% to 12% in the inpatient setting and from 25% to 15% among the inpatient nurses. (Surveys of inpatient and outpatient nurses in April 2012 and February 2012, respectively, also showed significant improvements in all of these potential barriers to safe chemo administration just a few months after implementation of the intervention plan, but the 2013 survey results were even more dramatic.)

“The patients really respect the fact that the nurse is putting her gown on” before administering chemotherapy, Ms. Cline said, noting that their attitude is: “‘Don’t talk to her, because she’s doing something important.’  And the other thing, really, is that if the nurse isn’t wearing her gown, they [patients] will say, ‘Aren’t you going to put your gown on?!’ So it’s just a little more pressure for the nurse to wear [the] gown.” 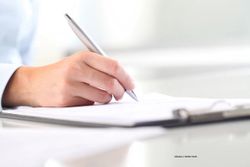 Implementing a Toxicity Screening Form to Report Chemo Side Effects 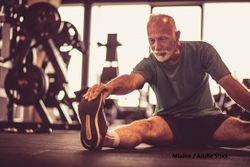