Results from a study published in Cancer Discovery show parallel genomic alterations in targets of both antibody (TROP2) and payload (TOP1) are associated with clinical resistance to the antibody-drug conjugate (ADC), sacituzumab govitecan (Troldevy), in patients with metastatic triple-negative breast cancer (TNBC).

“Our findings highlight the role of parallel genetic alterations in both antibody and payload targets in mediating resistance to ADCs such as sacituzumab govitecan,” the investigators wrote.

In a specific case (MGH-20), clinical de novo progression was seen by first interval radiologic assessment, ultimately leading to treatment discontinuation. Undetectable TROP2 RNA expression was observed via RNA-sequencing, which was corroborated by the absence of TROP2 protein expression.

Of note, the second (MGH-19) of the 3 cases had stable disease, while the third case (MGH-18) had a prolonged partial response. Both cases also had detectable TROP2 RNA expression in all samples analyzed.

The analysis of acquired resistance for this case revealed a truncal TP53 mutation present in the tumor pre-sacituzumab govitecan treatment and found in all postprogression lesions. Notably, in the phylogenetic tree of resistance, investigators noted 2 major branches demonstrating branch-restricted mutations of both TOP1 and TACSTD2, present in multiple, mutually exclusive metastatic lesions.

“Future studies are needed to determine the prevalence of the key resistance mutations we have identified across large numbers of patients and to establish their detailed mechanisms in vivo. Additional work will also be required to identify how these mutations temporally emerge under selective pressure from ADCs, in order to enable development of rational, mechanism-based sequential strategies to improve outcomes of patients treated with these agents,” the investigators concluded. 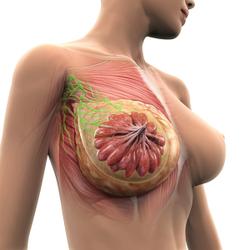