Prostate Treatment Decisions Based on Perception More Than Fact

Men with prostate cancer generally make treatment decisions based on differences in the information they receive rather than their own preferences, according to a new review.

Men with prostate cancer generally make treatment decisions based on differences in the information they receive rather than their own preferences, according to a new review. Published in the May 1 issue of Cancer (and online March 27), the review of studies in prostate cancer decision-making suggests that a lack of medical evidence and consistent, comprehensive messages about therapeutic options compel men to turn to a wide variety of popular and biased sources, which influence their decision. This approach often results in treatments that do not generally reflect patients' goals.

Despite new treatment options for prostate cancer, there is little evidence-based consensus in the oncology community about the most efficacious treatment. Newly diagnosed patients must still balance existing information about risks and benefits of available therapies with their own treatment objectives. Studies have shown that prostate cancer treatment varies not only among men in general but also by race and ethnicity, suggesting that the guidance patients receive is variable and confusing, and plays a part in their decision-making. Steven B. Zeliadt, phd, mph, of the Fred Hutchinson Cancer Center, Seattle, and colleagues synthesized data from other studies to examine how and why men with prostate cancer make treatment decisions.

The review of current literature shows that cancer eradication or control was the foremost objective of treatment for men. Minimizing side effects ultimately played a minor role in decision-making. However, studies report a gap between patient treatment objectives and the evidence supporting the efficacy of the treatment chosen. Men's concerns about controlling "the cancer" correlated directly with the aggressiveness of the treatment they chose, regardless of actual disease severity. Yet, in choosing treatment, patients did not consistently rely on scientific evidence of a therapy's efficacy to control disease or prolong life. As few as one in four patients in one study relied on evidence of a treatment efficacy for their decision.

Physicians and family, as well as race and culture may affect patients' decisions, but the degree of their respective influence varies in the literature and is often poorly measured, according to the review. Notably, physicians tended to present therapies in ways that were both confusing and dismissive of patient concerns about risks. This either biased patients' decisions or turned patients to other sources of information.

Finally, studies fail to show how and if patients actually critically analyze the quality of information they receive. It is very likely, the authors added, that patients "have significant limitations in their ability to identify biased information, as well as their ability to weigh complex information about the outcomes that are important to them."

The authors concluded, "The perceptions of treatment efficacy related to cancer control far outweigh available supporting evidence, and most patients appear to select a prostate cancer treatment primarily based on its perceived ability to control the tumor."

Episodic Memory Improves With Darolutamide Vs Enzalutamide in Men With mCRPC

Oligoprogression After Immunotherapy and Targeted Therapy in Metastatic Melanoma 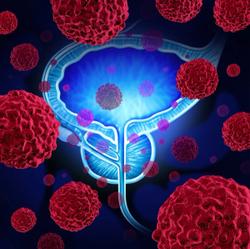 Antitumor Activity Continues With Olaparib Plus Pembrolizumab Combo in mCRPC