Smoldering Multiple Myeloma Can Be Slowed by Lenalidomide

Smoldering multiple myeloma takes an average of 3 to 5 years to develop into full-borne symptomatic disease. The current standard of care is observation without therapy during that time period.

But a new study published in the Journal of Clinical Oncology posits that early treatment with lenalidomide (Revlimid), an immunomodulatory chemotherapy agent, can stave off the disease and provide longer progression-free survival (PFS) than just monitoring alone.

The open-label, multi-center phase II/III trial enrolled 182 patients randomly assigned to 2 groups. Ninety-two were given lenalidomide orally in 25 mg doses on days 1 to 21 of every 28-day cycle, and 90 were given the standard observation period, according to the results. The median follow-up was 35 months. Half of the patients in the lenalidomide arm showed a response.

However, a prior trial conducted in Spain (and published in the New England Journal of Medicine in 2013) showed OS statistical benefits, the authors added.

“These results, in combination with the findings in the… Spanish study, support a change in the standard of care for intermediate and high-risk smoldering myeloma patients,” said Vincent Rajkumar, MD, senior author, of the Mayo Clinic. “We show that it is possible to delay progression to multiple myeloma, a serious cancer with significant morbidity, by early therapy administered when the disease is still asymptomatic.” 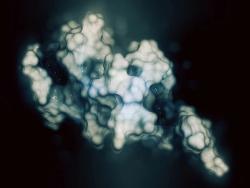