"We consider whole brain radiation therapy plus radiosurgery to be the new standard of care for patients who fit the eligibility for this trial," he said.

For several other groups, the survival benefit approached significance. These included patients with Karnofsky performance status of 90 to 100 (10.2 vs 7.4 months for WBRT alone), patients with tumor size greater than 2 cm, and patients with a controlled primary tumor.

Dr. Sperduto speculated that the lack of an overall survival benefit with the addition of radiosurgery might be due to the high rate of patients who were randomized to radiosurgery but did not receive it19% overall and 24% with two to three metastases. Secondly, many patients in the WBRT group (17%) received salvage radiosurgery.

RPA class I patients (age less than 65, Karnofsky performance status 70 or higher, controlled primary tumor, and no extracranial metastases) had the best outcomes, with a 2-year survival of 40%, Dr. Sperduto said. Multivariate analysis found RPA class to be by far the most significant predictive factor. Components of the RPA classnamely Karnofsky performance status, age, and extracranial metastaseswere also significant prognostic factors, he said.

Salvage surgery (craniotomy) was performed on 4% to 5% of patients in both arms. Interestingly, pathology review showed that in the radiosurgery arm, all patients had radiation necrosis, but in the WBRT alone arm, every patient had viable tumor, he noted.

The treating institutions noted local control at 1 year to be 82% for the WBRT plus radiosurgery group, compared with 71% for WBRT alone (P = .01).

Both treatments were well tolerated, with acute and late grade 3-4 toxicities less than 3% per arm. The cause of death was systemic disease in more than two thirds of patients.

Dr. Sperduto called the improvements in performance status, local control, and other quality-of-life issues "at least as important as, if not more important than," the survival benefit in some subsets of patients. Based on these findings alone, he said, "WBRT followed by stereotactic radiosurgery should become the standard of care for patients with one to three brain metastases who meet the eligibility criteria for RTOG 95-08. The survival advantage is an added benefit." 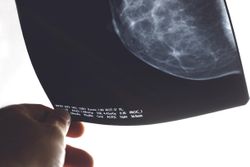