Which Histopathologic Subtype of Ovarian Cancer is Most Common?

Answer and Question 2 on Next Page »

Answer and Question 3 on Next Page »

C. Adjuvant chemotherapy with taxane/carboplatin 3–6 cycles. Clear cell carcinoma is a subtype of epithelial ovarian carcinoma with a high incidence of stage I presentation. Recurrences are more frequent with this subtype. The clinical management includes maximal cytoreduction and platinum plus paclitaxel–based chemotherapy. Ovarian clear cell carcinomas have poor response rates to platinum-based regimens, which may be related to the intrinsic chemoresistance of these tumors. Despite their aggressive clinical course, clear cell carcinomas are still treated similarly to other epithelial ovarian cancers. The rarity of these tumors prevents the conduction of randomized studies.

Answer and Question 4 on Next Page »

Answer and Question 5 on Next Page »

B. Delay treatment until clinical relapse. Results of a multi-institutional European trial on the utility of CA 125 in monitoring ovarian cancer after completion of primary therapy have previously reported by the Society of Gynecologic Oncology. Women with relapsed ovarian cancer did not live longer if chemotherapy was started earlier based on a rising CA 125, as opposed to delaying treatment until symptoms developed. It was found that the group undergoing CA 125 monitoring received 5 more months of chemotherapy overall, whereas quality of life measures were higher in women who were treated at the time of clinically evident recurrence.

Answer on Next Page » 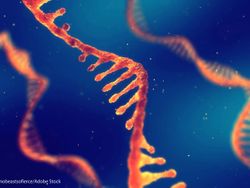 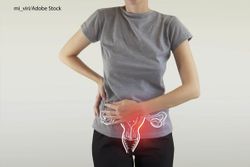