The Asscoiation of Community Cancer Centers (ACCC), at a meetingof the Collaborative Research Group (CRG), announced new studyfindings indicating that managed care insurers are denying patientsaccess to oncology clinical trials. Lee E. Mortenson, ExecutiveDirector of the ACCC, presented the results of a survey of 856oncologists in 20 US states to CRG clinical investigators thatshowed 3, 361 patients were unable to enter clinical trials becauseof insurer denials. The announcement was made at the annual meetingof the Association of Community Cancer Centers in Washington,DC.

"The ACCC has seen a temendous change in the ability of trialcenters to obtain patients for oncology research and these surveyresults confirm this," said Mr. Mortenson. "As an organizationwe feel a responsibility to address this issue and create an outreachto the pharmaceutical and biotechnology community through ourACCC sites. Our goal is to encourage innovation and improve theoutcomes of care while streamlining the cos t of the clinicaltrial process at the same time," he added.

Formed in 1991 at the request of ACCC members, the CollaborativeResearch Group (CRG) acts as a facillitator between pharmaceuticaland bio- technology companies and community-based investigatorsat ACCC sites. There are currently 56 CRG member sites--39 sitesare NCI-funded Community Clinical Oncology Programs (CCOP) orCooperative Group Outreach Programs (CGOP) and one is a NCI-designatedComprehensive Care Center. During 1994, CRG members placed 2,357patients on NCI protocols and 1,833 patients on other trials,sponsored by biotech and pharmaceutical companies.

After working with ACCC sites, Robert L. Capizzi, MD, ExecutiveVice President, Worldwide Clinical Research, U.S. Bioscience said,"Interest in the protocol and commitment in terms of patientenrollment at CRG sites has been rewarding." 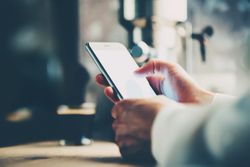