Recognizing a need to upgrade and modernize our health care delivery system, Congress included provisions in the Medicare Modernization Act (MMA) of 2003 intended to foster the widespread adoption of health information technologies. Cancer Care & Economics (CC&E) recently spoke with David Merritt, an expert on health information technology (HIT), about how electronic innovations can reduce the medical errors and costly inefficiencies that burden our health care system.

Recognizing a need to upgrade and modernize our health care delivery system, Congress included provisions in the Medicare Modernization Act (MMA) of 2003 intended to foster the widespread adoption of health information technologies. Cancer Care & Economics (CC&E) recently spoke with David Merritt, an expert on health information technology (HIT), about how electronic innovations can reduce the medical errors and costly inefficiencies that burden our health care system.

MR. MERRITT: I am a project director at the Washington-based Center for Health Transformation (CHT), which was founded several years ago by former Speaker of the House, Newt Gingrich. We are a collaboration of leaders, from both public and private sectors, dedicated to transforming our current antiquated health care system into an interconnected digital delivery network. We believe that health information technology is one of the key enablers of that transformation process.

MR. MERRITT: Health information technology refers to a system of information sharing involving computer hardware and software that stores, retrieves, and shares health care information that can be used for communication and decision-making in real time, at the point of care. [See page 50 for an article about e-prescribing, one component of HIT.]

CC&E: In your estimation, what is the current state of health information diffusion in the United States?

MR. MERRITT: It's woefully inadequate. Approximately 10% to 15% of all US physicians have HIT systems. That estimate varies greatly depending on the size and sophistication of the practice. For physicians in very small groups1 to 6the HIT adoption rate percentage is actually in single digits. For physician groups that are fairly large20 to 50 plusthe adoption is actually fairly good; nearly 50% of those practices have operable HIT systems.

I qualify this situation as woefully inadequate because most care is delivered in the ambulatory setting. Hospitals are usually reserved for emergencies and for folks who don't have insurance, but approximately 70% of the care that is delivered in this country is in community physician offices. And so, for 70% of the patients who receive their care in these settings to have 10% of their physicians wired and using modern technology is truly inadequate.

CC&E: Do we know what a fully connected HIT system would be worth to our society?

MR. MERRITT: There have only been a few studies quantifying the economic impact of HIT. Most notable were the Center for Information Technology Leadership and the RAND Corporation studies that came to similar conclusions: A fully modernized national interoperable HIT system would produce a net saving of about $80 billion per year, which is roughly 5% of all health care spending. Considering the untenable rise in health care expenditures, those are hard numbers to ignore.

CC&E: What kind of capital investment are we looking at to implement a nationwide system?

MR. MERRITT: Estimates range from $150 billion to $350 billion to upgrade existing systems and implement systems in those facilities that are not currently wired. But we have to look at the cost, whatever it turns out to be, as a long-term investment that will markedly improve the quality and efficiency of American health care.

CC&E: If we had the necessary consensus and the money, how long would it take to facilitate a national interoperable HIT system?

MR. MERRITT: In 2004, President Bush signed an executive order calling for the development and implementation of a strategic plan to guide the nationwide implementation of HIT in both the public and private health care sectors. Considering the size, complexity, and variety of stakeholders involved, it is very difficult to predict how long this project will take. However, 10 years is the widely accepted timeframe in which we expect to see significant progress toward having a fully interoperable system.

In order to do this, we need to work out the political issues, the competitive marketplace issues, and the proprietary-interest issues. But probably the biggest challenge for implementing HIT is coordinating a unified effort within our vastly decentralized health care system.

CC&E: What can the government do to help this initiative?

MR. MERRITT: There are a number of proactive measures the government can initiate, both on the state and federal levels. First, as the nation's largest health care payer and provider, the government can use its leverage to help drive widespread adoption of HIT.

Several bills have been proposed over the past year dedicated to expediting the adoption of HIT systems. For instance, H.R. 4157: Health Information Technology Promotion Act of 2005, introduced by Rep. Nancy Johnson [R-CT], would reform the Stark anti-kickback laws that prohibit hospitals from collaborating with their community physicians on HIT systems. This bill also seeks to harmonize the disparate state laws governing privacy and security of health information.

And then there is H.R. 4641, proposed by Rep. John Gingrey [R-GA]: Assisting Doctors to Obtain Proficient and Transmissible Health Information Technology (ADOPT HIT) Act of 2005, which allows medical providers to increase their deduction from $100,000 to $250,000 of the cost of implementing health care information technology. It also provides a business tax credit for 50% of their telecommunication charges (defined as expenses of installing or maintaining a communications network that supports interoperability of electronic medical records systems), up to $10,000.

With our current technology, broadband connections can move massive amounts of essential medical information from facility to facility across the world. Electronic technology is already making every consumer industry in our economy more proficient. That's why I'm so optimistic that it is only a matter of time before our health care industry joins the 21st century.

CC&E: What are the incentives for health care providers to get on board?

MR. MERRITT: We need to change the way health care providers are reimbursed. In other words, physicians should be properly reimbursed for keeping patients healthy and out of their offices and hospitals. Medicare policies could also have an important impact on physicians' decisions to use clinical information technology to deliver more efficient patient care by establishing a budget-neutral pay-for-performance program to reward physicians for the outcomes of use connected to HIT. But perhaps the most compelling incentive is to demonstrate to physicians that adopting HIT systems will make their practices more efficient and, in turn, more profitable.

MR. MERRITT: Change, especially of this magnitude, is not easy. It creates various levels of uncertainty and initial disruption within health care practices. But difficulty should never stand in the way of true progress. For the sake of our country's health care, all stakeholders must take decisive action and drive the adoption of a fully interoperable HIT system. The lives and money such a system will save is well worth the effort. 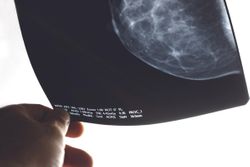 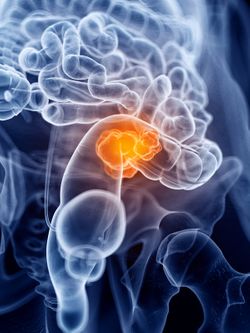