The diagnosis and management of cancer in older women is becoming an increasingly common and challenging issue. Women who reach age 65 can expect to live an additional 17 years.[1] Age is an important risk factor for developing cancer. Epidemiologic data from 1992 to 1994 reveal that invasive cancer develops in 1 of 5 women aged 60 to 79 years.[2]

The diagnosis and management of cancer in older women is becoming an increasingly common and challenging issue. Women who reach age 65 can expect to live an additional 17 years.[1] Age is an important risk factor for developing cancer. Epidemiologic data from 1992 to 1994 reveal that invasive cancer develops in 1 of 5 women aged 60 to 79 years.[2]

In this article, Dr. Mirhashemi and colleagues identify ovarian, endometrial, and vulvar cancers as diseases predominantly of postmenopausal and elderly women. They discuss considerations in the treatment of these malignancies, and of cervical cancer, in terms of screening techniques and impact of age on diagnosis and treatment.

The Concept of Elderly

The authors define elderly women as those over age 70 to 75, with those older than 80 to 85 considered the "old-old" or "very old" based on the few studies addressing this issue. The American National Institute of Aging further subdivides the elderly population into three categories: 65 to 74 years, 75 to 84 years, and 85 years or older.

Women currently comprise almost two-thirds of the population aged 75 and older. Between 2030 and 2050, the number of women aged 85 or older is expected to double.[3] This population of women will have a significant impact on our health-care system, not only in terms of the high numbers, but also due to the multiple medical, economic, social, and ethical issues associated with aging.

Screening for gynecologic malignancies continues to evolve. The authors review current screening methods for ovarian, uterine, and cervical cancer, and provide suggestions for the application of screening techniques to the elderly. Particularly noteworthy is the potential use of human papillomavirus (HPV) DNA testing for the evaluation of mildly abnormal Papanicolau (Pap) smears with atypical squamous cells of undetermined significance (ASCUS) in older women.[4]

While screening tests may not be foolproof, significant barriers exist to the appropriate screening of gynecologic malignancies in elderly women. These barriers involve issues associated not only with the patient, but also with the provider. A study of 660 women in a family practice residency program showed that 63% of the female patients received recommendations for gynecologic screening, with less than one-third undergoing a Pap test.[7] Unfortunately, the results of this study are not unique to a specific geographic area or type of medical practice, and have been corroborated by many investigators. Improving the exposure of residents to current screening recommendations, increasing the geriatric component of training programs, and initiating a reminder system have been identified as ways to overcome provider-based obstacles for the appropriate screening of elderly women.[7]

Patient-based screening barriers also exist. Kennedy and colleagues noted an 8.3-month delay in the diagnosis of a gynecologic malignancy in symptomatic patients as well as no previous pelvic exam in these women for an average of 4.5 years.[8] Barriers to screening include cultural, socioeconomic, and educational issues. Because physician recommendation plays a major role in compliance with screening tests, physicians must view each office visit as an opportunity to educate patients about appropriate screening practices. Additional research should also be conducted to further study barriers to screening and evaluate interventions to help eliminate these barriers.

Care of Gynecologic Malignancies in the Elderly

Dr. Mirhashemi and colleagues provide a thorough review of the body of literature supporting the principle that "age alone should not influence the diagnostic and therapeutic approaches for the management of cancer" in this population. Specific disease-based recommendations for the treatment of endometrial, cervical, and vulvar cancer are presented.

Nevertheless, an important caveat exists regarding the treatment of elderly women. The efficacy and safety of many interventions have not been evaluated in this specific group of women. Additionally, comorbid conditions must be analyzed in all treatment settings. Often, the reported complications of treatment are those of comorbid illness and the extent of the cancer, rather than of advanced age.[9] In the elderly population with cancer, approximately 55% have three additional pathologic diagnoses, and 37% have one or two; only 8% suffer from cancer alone.[10]

Chemotherapy should be prescribed based on the patient’s performance status, with particular attention paid to renal and hepatic function. Although gynecologic malignancies are often a disease of the elderly, the majority of studies evaluating specific drugs have not done so in elderly women. Additionally, participation of the elderly in clinical trials seems to be limited. Data from the 1992 accrual of the National Cancer Institute (NCI)-sponsored Clinical Cooperative Group treatment trials were compared with the 1990 incidence data from the NCI’s Surveillance, Epidemiology, and End Results (SEER) program. Although more than 8,000 elderly patients were enrolled, this subgroup was found to be underrepresented in cancer treatment trials.[13]

These findings were corroborated in a similar study analyzing patients enrolled in 164 Southwest Oncology Group treatment trials between 1993 and 1996. Overall, patients 65 years of age or older were underrepresented in trials involving all 15 types of cancer except lymphoma. The findings were similar when data on patients 70 years of age or older were analyzed.[14] Recognizing this deficit, the NCI has recently sponsored several trials that specifically target the elderly population. Additional efforts should be made to identify the reasons for the underrepresentation of the elderly in clinical trials, and policies should be adopted to correct this underrepresentation.

Dr. Mirhashemi and colleagues present information about gynecologic cancers in the elderly that is relevant to many practitioners. Although a patient’s age alone should not alter the diagnostic and therapeutic approach to gynecologic malignancies, careful attention must be paid to comorbid conditions and intercurrent disease. Appropriate referral to a gynecologic oncologist has been demonstrated to increase survival in patients with ovarian cancer. 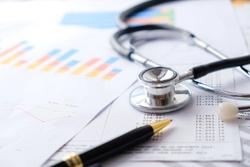 End-of-Year Wrap Up: Unpacking Updates in Women’s Cancer from 2021