Patients with previously treated, metastatic, HER2-positive colorectal cancer may benefit from treatment with tucatinib and trastuzumab, which was granted priority review by the FDA.

Tucatinib (Tukysa) and trastuzumab (Herceptin) was granted priority review by the FDA as a treatment for patients with HER2-positive metastatic colorectal cancer (CRC) who have undergone treatment with at least 1 regimen for unresectable or metastatic disease, according to a press release from Seagen.1

The FDA has settled on a prescription drug user fee act date of January 19, 2023.

“There are currently no FDA-approved therapies for metastatic colorectal cancer that specifically target HER2,” Marjorie Green, MD, senior vice president and Head of Late-Stage Development at Seagen, said in the press release. “The FDA’s prioritization of our application for tucatinib in combination with trastuzumab supports our belief in its significant potential to benefit people with previously treated HER2-positive metastatic colorectal cancer.”

The most common treatment-emergent adverse effects (TEAEs) of any grade included diarrhea, fatigue, nausea, and infusion reactions. Additionally, the most frequent grade 3 of higher AE was hypertension (7.0%). Serious AEs occurred in 26% of patients treated with tucatinib, and included diarrhea (4%), vomiting (2.5%), nausea (2%), abdominal pain (2%), seizure (2%).Two percent of patients experienced an AE that led to death.

The combination regimen will be further evaluated with the addition of chemotherapy in the first line vs chemotherapy plus or minus cetuximab (Erbitux) or bevacizumab (Avastin) in patients with HER2-positive metastatic CRC as part of the global phase 3 MOUNTAINEER-03 trial (NCT05253651).

Stacey A. Cohen, MD, Discusses the Relevance of ctDNA as a Prognostic Marker for Resected Stage I-III CRC 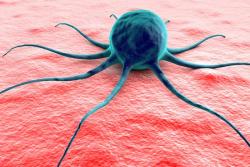