Successful treatment of patients with Philadelphia chromosome–positive acute lymphocytic leukemia was noted with ponatinib plus blinatumomab, denoted by complete and major molecular responses.

Combination therapy with ponatinib (Iclusig) and blinatumomab (Blincyto) induced a complete response in all patients with Philadelphia chromosome (Ph)–positive acute lymphocytic leukemia (ALL) who were treated on a phase 2 study (NCT03263572), according to a presentation at the 2021 American Society of Clinical Oncology (ASCO) Annual Meeting.1

“The combination of ponatinib and blinatumomab is safe and effective in Ph-positive ALL,” Nicholas James Short, MD, an assistant professor in the Department of Leukemia at The University of Texas MD Anderson Cancer Center, said during an oral presentation of the data. “Overall, the novel chemotherapy-free combination of ponatinib and blinatumomab appears to be a promising regimen in both frontline and relapsed/refractory Ph-ALL, as well as in chronic myeloid leukemia in lymphoid blast phase [CML-LBP]. Given the particularly favorable outcomes of newly diagnosed patients with frontline, Ph-positive ALL who were not transplanted in first remission, these data suggest that this regimen may serve as an effective transplant-sparing regimen in this population.”

Chemotherapy plus a TKI has become the standard of care in newly diagnosed Ph-positive ALL, with first- and second-generation TKIs yielding 5-year overall survival (OS) rates of approximately 35% to 50%.2-4 Moreover, while ponatinib has yielded promising activity in patients with T315I mutations, which are present in up to 75% of patients at relapse,5 blinatumomab has demonstrated efficacy as a monotherapy in the relapsed/refractory setting, and in combination with dasatinib in newly diagnosed patients.6,7

The trial enrolled patients with newly diagnosed or relapsed/refractory Ph-positive ALL, as well as lymphoid accelerated or blast phase CML. Patients who had previously received 1 to 2 courses of chemotherapy with or without a TKI were able to enroll in the newly diagnosed cohort. Additionally, patients needed to be over 18 years of age, with a ECOG performance status of 0-1, and adequate hepatic function in order to enroll.

Patients with uncontrolled or active cardiovascular disease, including a history of myocardial infarction, cardiovascular accident, or revascularization within 3 months; congestive heart failure with reduced left ventricular ejection fraction; atrial of ventricular arrhythmia; a history of arterial or venous thromboembolism; or uncontrolled hypertension were not able to enroll on the study. Additional exclusion criteria included significant central nervous system (CNS) pathology with the exception of CNS leukemia.

Patients received a 30 mg induction dose of ponatinib and a standard dose of blinatumomab on a 4 weeks on, 2 weeks off schedule. From there, patients received up to 4 consolidation cycles of the regimen followed by maintenance ponatinib for 5 years, the dose of which decreased to 15 mg daily once patients achieved a CMR. All patients were given 12 doses of intrathecal chemotherapy with an altering administration of cytarabine and methotrexate.

The primary of end point of the trial was CMR rate in the frontline cohort, and CR/pathologic CR rate in the relapsed/refractory setting. Key secondary end points included event-free survival (EFS), OS, and safety.

“To date, 20 frontline patients have been treated, 10 with relapsed/refractory disease, and 5 with CML-LBP,” Short explained. “The median age of the frontline cohort was 62 years [range, 34-83]. Among the 10 patients with relapsed/refractory Ph-positive ALL, 1 was primary refractory to [a] previous regimen, 4 were treated in first salvage, and 5 in second or later salvage. Among the 5 patients with CML-LBP, 3 had not received any prior therapy for blast phase disease, 1 was treated in first salvage, and 1 in second salvage.”

After the first cycle of treatment, the frontline ALL cohort had a CMR rate of 58%, an MMR rate of 26%, and 16% did not experience a response. Moreover, 75% of patients in the relapsed/refractory ALL cohort, and 20% in the CML-LBP cohort had a CMR after the first cycle, while 25% and 80% of patients from both cohorts did not respond, respectively.

Of the patients who experienced a CR or pathologic CR in the frontline ALL arm (n = 20), 1 died following CR due to post-procedural bleeding and hypovolemic shock, while 19 continue to experience ongoing responses without the need for stem cell transplantation. Notably, no patients in this have relapsed within 6 months.

In the relapsed/refractory ALL cohort, of the patients who responded (n = 9), 4 went on to receive HSCT, 1 of whom relapsed and died. Another patient relapsed and developed T315I and E255V mutations at relapse. Overall, 3 patients from this cohort are experiencing an ongoing response without the need for HSCT, while 1 patient died off study due to unknown causes.

Although most AEs related to blinatumomab were grade 1 or 2 in patients with ALL, 1 patient developed grade 3 encephalopathy that was resolved by corticosteroids and treatment interruption, according to Short. Common grade 2 AEs included cytokine release syndrome (6%) and tremors (3%), as well as 1 patient who developed grade 1 tremors. 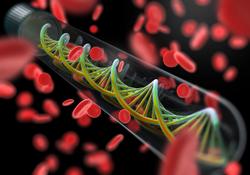