Order of Gene Mutations May Affect Outcomes in Myeloproliferative Neoplasms

New data published in the New England Journal of Medicine indicates that the order in which people acquired certain somatic mutations influenced several clinical features of myeloproliferative neoplasms, including response to targeted therapy.

“Our results indicate that prior mutation of TET2 alters the transcriptional consequences of JAK2 V617F in a cell-intrinsic manner and prevents JAK2 V617F from up-regulating a proliferative program,” wrote Christina A. Ortmann, MD, from the Cambridge Institute for Medical Research and Wellcome Trust-Medical Research Council Stem Cell Institute, and colleagues. “The frequency with which epigenetic regulators are mutated in hematologic and nonhematologic cancers raises the possibility that mutation order influences the biology of many different cancers.”

The analysis also indicated that patients who acquired JAK2 mutations prior to TET2 had an increased risk for thrombosis and displayed an increased sensitivity to the JAK2 inhibitor ruxolitinib in vitro.

“This is the first time that mutation order has been shown to affect any cancer, and it is likely that this phenomenon occurs in many types of malignancy,” study author Anthony R. Green, FRCPath, FMedSci, also of Cambridge Institute for Medical Research and Wellcome Trust-Medical Research Council Stem Cell Institute, said in a prepared statement. “These results show how study of the myeloproliferative neoplasms provides unparalleled access to the earliest stages of tumor development (inaccessible in other cancers, which usually cannot be detected until many mutations have accumulated). This should give us powerful insights into the origins of cancer.” 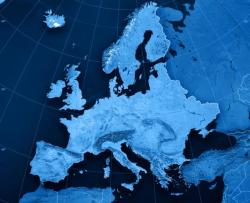