ORLANDO-Oncologists can expect to hear more about inhibitors of the enzyme poly (ADP-ribose) polymerase-1, or PARP. An experimental agent in this class, BSI-201, prolonged event-free and overall survival in patients with triple-negative breast cancer when used together with gemcitabine (Gemzar) and carboplatin, according to early study results.

ORLANDO-Oncologists can expect to hear more about inhibitors of the enzyme poly (ADP-ribose) polymerase-1, or PARP. An experimental agent in this class, BSI-201, prolonged event-free and overall survival in patients with triple-negative breast cancer when used together with gemcitabine (Gemzar) and carboplatin, according to early study results.

Progression-free survival doubled from 3.3 months with chemotherapy alone to 6.9 months with the addition of BSI-201 (P < .0001), and overall survival was improved from 5.7 months to 9.2 months, respectively (P < .0005), reported Joyce O’Shaughnessy, MD, of Charles A. Sammons Cancer Center at Baylor University Medical Center and Texas Oncology, both in Dallas.

“There was a 50% reduction in the risk of death with BSI-201 in this small, randomized phase II clinical trial, and that was highly statistically significant. Interestingly, and different from what we are used to, this drug does not add any toxicity to chemotherapy,” she remarked at an ASCO 2009 press conference.

In addition, the clinical benefit rate improved from 21% to 62% (P = .0002) with BSI-201, and the overall response rate increased from 16% to 48% (P = .002). The addition of the novel agent did not increase toxicity over that of chemotherapy alone. PARP inhibitors block an enzyme involved in base excision DNA repair, thereby enhancing the ability of chemotherapy to damage the DNA of cancer cells, especially with platinum agents. The rationale for using PARP inhibitors for triple-negative tumors is based on the abundance of PARP in these tumors and their reliance on single-strand DNA repair, she explained.

Patients were randomized to chemotherapy with gemcitabine and carboplatin on days one and eight every three weeks, or to the same regimen plus BSI-201 on days one, four, eight, and 11. Upon disease progression, about half the control arm crossed over to receive BSI-201 as well (abstract 3).

“We do plan a large phase III trial to basically recapitulate these results in a much larger population, again allowing the patients to crossover,” Dr. O’Shaughnessy said.

Commenting on the study to Oncology News International, Merrill J. Egorin, MD, said that critical questions related to dosing, frequency, and duration of PARP inhibition, and dose timing with regard to cytotoxic agents, still need to be answered in order to optimize the use of these agents.

Dr. Egorin, who is based at the University of Pittsburgh Cancer Institute, said that PARP inhibitors appear to enhance the antiproliferative activity of DNA-damaging agents, and that they selectively kill cells deficient in BRCA1 and 2. He added that there could be a role for PARP inhibitors as preventive agents in patients with BRCA mutations. 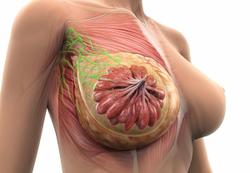