The investigational paclitaxel formulation, known as OncoGel, is a low-viscosity, thermosensitive polymer that forms a gel at body temperature with controlled release of the drug over 6 weeks. Local administration is designed to provide both direct cytotoxicity and continuous radiosensitization without the adverse effects associated with systemic paclitaxel.

The trial enrolled 11 patients with inoperable adenocarcinoma or squamous-cell esophageal tumors and grade 3-4 dysphagia. OncoGel was injected directly into the primary tumor and accessible involved lymph nodes with endoscopic ultrasound guidance at escalating doses of 0.48, 1.0, and 2.0 mg of paclitaxel per cm3 of tumor volume. The patients then received external beam radiotherapy, 50.4 Gy, over 5.5 weeks.

No local or systemic dose-limiting toxicities were observed, and there were no serious OncoGel-related adverse events. Peak plasma concentrations of paclitaxel were 70 to 7,000 times lower than those reported with systemic therapy. While the drug remained localized for the most part, low levels were found in plasma in some patients for extended periods, supporting the notion of sustained release.

Tumor volume shrank in eight patients after 11 weeks. Dysphagia improved in nine patients. Four had negative biopsies following therapy, and one patient was able to undergo a successful esophagectomy with negative margins. 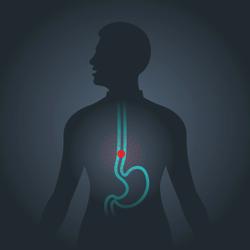 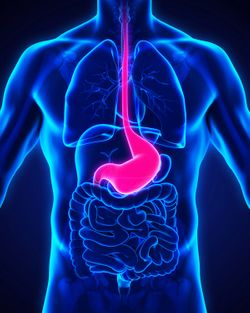