Using both clinical and molecular markers, researchers have created a simple prognostic index for patients with cytogenetically normal acute myeloid leukemia (AML). The index, which divides patients into three risk categories, could be used to assess both survival and relapse-free survival risks in this largest group of AML patients.

Recently, AML that has been characterized as cytogenetically normal has been differentiated based on various genetic mutations including one the NPM1 gene and in the CEBPA gene. “For the practicing clinician, it is difficult to summarize and interpret the prognostic information provided by the large panel of individual risk markers,” wrote researchers led by Friederike Pastore, MD, of University Hospital Munich in Germany. “Thus, we decided to develop and validate easily clinically applicable prognostic indices… by combining routinely available and well-established molecular and clinical characteristics.”

The indices included age, performance status, white blood cell count, mutation status of NPM1, CEBPA, and internal tandem duplications of the FLT3 gene; the various genetic mutations can have differing prognostic implications if one or more are present.

PINARFS was assessed just in those patients who achieved a complete response. Of that group, 32% were deemed to be low-risk, 39% were intermediate risk, and 29% were high-risk for relapse. The relapse-free survival rate in the three risk groups was 55%, 27%, and 5%, respectively (P < .001).

The investigators then validated the indices in a separate cohort from Cancer and Leukemia Group B/Alliance trials. For PINAOS, 5-year OS was 51%, 18%, and 3% in the three risk groups; for PINARFS, these rates were 47%, 22%, and 4%.

“In the context of the rapidly growing number of newly discovered AML markers with uncertain clinical relevance discovered by whole-genome sequencing, the PINAOS… could serve as a common benchmark for future molecularly based prognostic algorithms,” the investigators concluded. “Furthermore, PINARFS can be applied as a tool to stratify post-remission therapy according to relapse risk and chances of cure in future clinical studies.” 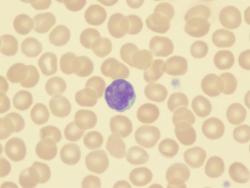