Patients with different molecular subtypes of medulloblastoma, a common type of childhood brain tumor, have varying decline in brain function following radiation therapy for their disease.

Patients with different molecular subtypes of medulloblastoma, a common type of childhood brain tumor, have varying decline in brain function following radiation therapy for their disease, according to a study published in the Journal of Clinical Oncology.

Based on intellectual function tests, patients treated for medulloblastoma with mutations in the Sonic Hedgehog (SHH) signaling pathway had the least brain function decline, including the incidence of cerebellar mutism and motor deficits.

Limiting exposure to radiation in patients who were eligible was associated with better brain function measures over time in two of the four subpopulations (wingless and Group 4).

Medulloblastomas-generally fast-growing and high-grade tumors-primary occur in children between the ages of 1 and 10 and account for about 18% of all pediatric brain tumors. Treatment for these tumors typically consists of surgery, craniospinal irradiation (CSI) with a boost to the tumor site, and chemotherapy. CSI is associated with a decrease in cognitive function; more than 90% of medulloblastoma patients require long-term education services.

Donald J. Mabbott, PhD, of the Hospital for Sick Children in Toronto, Canada, and colleagues assessed the intellectual outcomes of 121 patients treated between 1991 and 2013 at three different institutions.

Patients in the SHH subgroup initially had lower processing speed scores, but then declined less compared to those in Group 3. “We have demonstrated that SHH is the most distinct subgroup, showing evidence of better functional outcomes (ie, lower incidences of cerebellar mutism and motor deficits) and a unique processing speed trajectory,” wrote the authors.

Location of the tumor in the brain could also account for differences in intellectual outcome, the authors noted.

“We found that limiting radiation exposure in patients who are candidates for therapy de-escalation (ie, wingless and Group 4) was associated with favorable intellectual outcome,” concluded the study authors. “Our findings support the use of current radiation dose de-escalation clinical trials as a suitable strategy for lessening intellectual morbidity in wingless patients, and suggest that similar strategies may be warranted for average-risk Group 4 patients.” 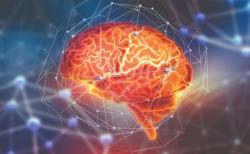