A combination of trifluridine and tipiracil showed some gains in overall survival for patients with metastatic gastric cancer or gastroesophageal junction cancer.

Patients with metastatic gastric cancer or gastroesophageal junction cancer (mGC/GEJC) had an overall survival (OS) gain when treated with trifluridine (Viroptic)/tipiracil (FTD/TPI) in the third or later line, according to the results of a preplanned subgroup analysis of the phase 3 TAGS (TAS-102 Gastric Study) trial reported in JAMA Oncology. Although survival benefit was seen regardless of whether a patient had a prior gastrectomy, the gain was modest and came with additional toxicity.

Trifluridine/tipiracil, also known as TAS-102, is a combinational therapy that, based on the TAGS trial, earned U.S. Food and Drug Administration approval earlier this year for adults with mGC/GEJC in the third- or later-line treatment setting.

The TAGS trial enrolled patients with mGC/GEJC between February 24, 2016, and January 5, 2018 from 110 academic hospitals in 17 countries in Europe, Asia, and North America. Eligible patients received at least 2 prior lines of therapy, and patients who had or had not undergone gastrectomy were both included. Patients were randomized in a 2:1 fashion to receive oral FTD/TPI or placebo.

When asked for his perspective, Nicholas Rohs, MD, Assistant Professor of Medicine, Hematology and Medical Oncology at The Blavatnik Family-Chelsea Medical Center at Mount Sinai, told CancerNetwork that this trial provides support for using TAS-102, but one needs to look at the data and the patient to see if treatment is the right balance between benefit and side effects.

“For some patients who are still robust and are very motivated for treatment, it sounds like it could be good,” he explained. “But for those frail patients, it may not be worth the cost of side effects with just a couple of months of benefit.”

He commented that because there is no standard of care for this patient population, it’s “reasonable” to do a placebo-controlled study in this setting.

While Rohs sees TAS-102 as a later line treatment option, he said, “That certainly does not close the door for the need of many, many more studies and new options for this patient population that really, unfortunately, still has an overall dismal prognosis when its advanced [disease].” 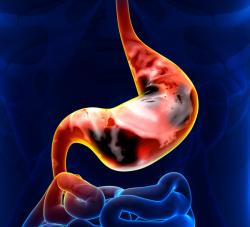 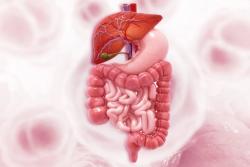