Substitution of estrogen patches for luteinizing hormone-releasing hormone agonist therapy in men with castration-resistant prostate cancer has similar testosterone-depleting effects while improving metabolic side effects, according to results from the PATCH trial.

Substitution of estrogen patches for luteinizing hormone-releasing hormone agonist (LHRHa) therapy in men with castration-resistant prostate cancer has similar testosterone-depleting effects while improving metabolic side effects, according to results from the PATCH trial published in Lancet Oncology.

Ball-and-stick model of the estrogen estradiol

LHRHa is a synthetic hormone that mimics endogenous LHRH, ultimately preventing the production of testosterone. This is an important therapeutic strategy in prostate cancer because testosterone promotes the growth of tumors. Castration is effective at depriving prostate cancer of testosterone in many cases, but sometimes it fails to reduce hormone levels sufficiently. LHRHa is the standard treatment to create further reduction in these men.

The use of LHRHa in cancer is associated with many adverse effects, including loss of bone density, which can lead to osteoporosis. Patients taking LHRHa also experience metabolic changes like elevated fasting blood glucose and cholesterol in the low-density lipoprotein (LDL) fraction. Estrogen is an anti-testosterone therapy that may prevent these side effects. Transdermal patches also allow for simple administration, and estrogen is less costly than LHRHa.

The results of the study provide the first direct comparison between transdermal estrogen and LHRHa therapy. A total of 254 patients were randomized to either LHRHa treatment (n = 85) or one of two dosing regimens of estrogen (n = 168). These two regimens included either two patches (n = 32) or four patches (n = 136) changed twice weekly. If the desired testosterone decrease was observed in the second regimen, then the dosing was switched to three patches changed twice weekly for maintenance.

Initial efficacy analysis showed that transdermal estrogen was similar to LHRHa therapy in achieving desired testosterone reduction (92% vs 93%). The metabolic side effects were also attenuated in the estrogen-treated cohort. LHRHa treatment created increases of 5.5% and 4.1% in fasting glucose and LDL cholesterol, respectively, whereas estrogen saw decreases of 2.4% and 3.3% in fasting glucose and LDL cholesterol compared to baseline. These data suggest that replacing LHRHa with estrogen could mitigate the metabolic side effects associated with anti-testosterone therapy. The authors also saw a trend toward increased cardiovascular effects using the estrogen therapy, but this did not reach significance.

Relatively mild sexual side effects such as gynecomastia and erectile dysfunction were increased in the estrogen-treated cohort. As noted by the authors, however, these effects could have been related to the advanced ages of the male patients (median age 73-75 years), so they were considered a minor consequence.

Ultimately, the researchers concluded that the anti-testosterone efficacy of transdermal estrogen was similar to the current standard of care in castration-resistant prostate cancer. The study has been extended in order to look at long-term efficacy and safety of transdermal estrogen. An especially important question that remains is whether the bone density loss created by LHRHa therapy can be prevented using estrogen. This was not addressed in the current study due to the short period of study.

Germline Testing in Prostate Cancer: When and Who to Test 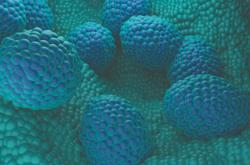 Value of Geriatric Assessment in Patients With Genitourinary Carcinoma