An oral inhibitor of isocitrate dehydrogenase 2 (IDH2), AG-221, has shown activity and potentially durable remissions in patients with acute myeloid leukemia (AML). In a phase I dose-escalation trial, 25 of 45 patients (56%) responded to the treatment, including six complete remissions. Ten patients had partial responses.

The normal function of IDH is to “help cells make energy,” said Stein during a press conference at the meeting. IDH is an enzyme necessary for the citric acid cycle, but when mutated, results in the accumulation of a byproduct that may cause epigenetic changes to cells, which creates a block, preventing the differentiation of cells into normal healthy adult cells, “which is essentially what leukemia is,” said Stein.

AG-221 is thought to work by decreasing the levels of the byproduct, allowing the blood cells to undergo normal differentiation. The agent is a first-in-class, oral, reversible inhibitor of mutated IDH2. IDH2 mutations have so far been found to occur in approximately 9% to 13% of AML patients and 3% to 6% of patients with myelodysplastic syndrome (MDS).

Patients in the phase I trial (NCT01915498) all harbor tumors with mutated IDH2 and had either treated or untreated AML or MDS. The median age of patients was 67.

“At least to date, the responses appear durable,” said Stein. Several patients have responses of more than 5 months, including a patient who has responded for over 8 months.

The IDH2 inhibitor has, so far, been well tolerated, according to Stein. The maximum tolerated dose has not been reached. Common adverse events were nausea, pyrexia, diarrhea, and fatigue. A single dose-limiting toxicity, a grade 5 hypoxia event, occurred in a patient who had treatment-unrelated fungal pneumonia and sepsis. Serious adverse events included three patients with leukocytosis, two patients with disseminated intravascular coagulation, and two patients who experienced tumor lysis syndrome. Two possible drug-related deaths occurred due to hypoxia/sepsis and atrial flutter.

The data, according to Stein, provide continued validation of mutant IDH2 as a therapeutic target in AML and MDS. 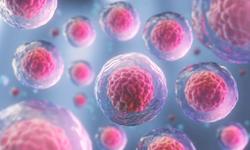