BT8009 monotherapy, which received fast track designation from the FDA, may be beneficial for adult patients with locally advanced or metastatic urothelial cancer.

The FDA has granted fast track designation to BT8009 for the treatment of adult patients with previously treated, locally advanced or metastatic urothelial cancer, according to a press release from Bicycle Therapeutics.1

BT8009 is a second-generation toxin conjugate designed to target Nectin-4, a protein often expressed in urothelial cancer and other solid tumors.

“[The fast-track designation] represents another positive step in the development of BT8009 and reflects the pressing need for a clinically meaningful, differentiated therapy compared to what is available for patients,” Kevin Lee, PhD, chief executive officer of Bicycle Therapeutics, said in the press release.

In April 2022, interim phase 1 results from a phase 1/2 trial (NCT04561362) investigating BT8009 in patients with advanced urothelial cancer and other solid tumor malignancies were shared in an oral presentation at the American Association for Cancer Research (AACR) 2022 Annual Meeting.2

Findings indicated that among 4 response evaluable patients with urothelial carcinoma in the 2.5 mg/m2 cohort, BT8009 yielded 1 confirmed partial response (PR) and stable disease in 2 other patients. Overall, investigators reported an overall response rate (ORR) of 25% and disease control rate (DCR) of 75% in this cohort.

Among 8 response evaluable patients who received 5.0 mg/m2 of BT8009 weekly, 4 had a confirmed complete response (CR) or PR, which included 1 patient with a CR, 3 patients with a PR, and 2 patients with stable disease. Investigators reported an ORR of 50% and a DCR of 75% for the cohort.

As of the data cutoff date of March 7, 2022, the median duration of response (DOR) had not been reached in either cohort. All patients in the 5.0 mg/m2 cohort had received at least 2 previous lines of therapy and median of 3 lines.

Investigators of the phase 1/2 trial are evaluating BT8009 alone and in combination with pembrolizumab (Keytruda) in patients with advanced solid tumors associated with Nectin-4 expression. In the dose-escalation phase of the study, patients received BT8009 weekly in a 28-day cycle, biweekly in a 28-day cycle, or on days 1 and 8 of a 3-week cycle and in combination with pembrolizumab.

Patients 18 years and older with a life expectancy of at least 12 weeks and measurable disease per RECIST v1.1 criteria were eligible to enroll on the trial.

Patients were unable to enroll on the trial if they had clinically relevant troponin elevation or uncontrolled, symptomatic brain metastases. Patients were also unsuitable for enrollment if they had uncontrolled hypertension, a history of another malignancy within 3 years before the first dose of study treatment, an active systemic infection requiring therapy, or a fever within 14 days prior to the first dose of study treatment. 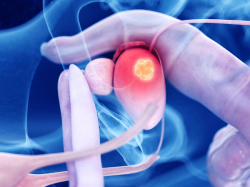 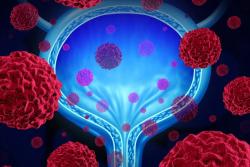