“These are patients with very aggressive disease who had failed to respond to several rounds of conventional chemotherapies. That’s why we’re excited about these data: Pralatrexate has the potential to improve outcomes in relapsed or refractory peripheral T-cell lymphoma and could also be an upfront strategy for treatment in this disease,” said PROPEL study lead investigator Owen A. O’Connor, MD, PhD, director, Lymphpoid Development and Malignancy Program at the Herbert Irving Comprehensive Cancer Center at Columbia University Medical Center in New York.

In the phase II open-label, nonrandomized, multicenter trial, 109 patients received intravenous pralatrexate at a dose of 30 mg/m2 for six weeks in seven-week cycles. The median duration of treatment was 179 days. Patients also received concurrent vitamin B12 and folic acid in order to prevent potential side effects.

Pralatrexate works by camouflaging itself as folic acid and disrupting the ability of cancer cells to replicate and survive when it is absorbed. It’s designed to accumulate preferentially in cancer cells, he explained (ASH 2008, abstract 261). An analysis of patient characteristics showed that 72% were Caucasian, with a mean age of 57. Most patients had an ECOG status of 1 or higher, with 44% of patients at ECOG 1 and 17% at ECOG 2. Patients had been heavily pretreated, with a range of one to 12 prior therapies.

While the total response rate among all patients was 27%, approximately 10% achieved a complete response and 17% achieved a partial response, according to the results.

Additional patients achieved meaningful clinical control of their disease, and some patients continue to receive active treatment. Responses were seen irrespective of the number of prior therapies, which Dr. O’Connor deemed particularly important.

“In my mind, there was no limit on the amount of prior therapy, which is very unusual for a registration-directed clinical trial,” Dr. O’ Connor emphasized to Oncology News International. Among the study patients, more than 50% were refractory to their prior line of chemotherapy, and about 25% never responded to any conventional treatment program, he explained.

“Pralatrexate produced durable complete and partial remissions, and we think that among relapsed or refractory patients, it could be a bridge to more definitive curative treatment,” Dr. O’Connor said.

“In the context of a central response evaluation (not investigator response assessment, hence very strict), the result is very encouraging, and could suggest that early use may be even more beneficial,” he explained to Oncology News International.

He added that PROPEL was the largest prospective study ever conducted in patients with T-cell lymphoma.

Commentary
“What is most exciting about pralatrexate is that it represents a novel type of therapy that directly targets the cancer cell,” said Linda Burns, MD, professor of medicine of the division of hematology, oncology, and transplantation at the University of Minnesota in Minneapolis.

“We desperately need new therapies for peripheral T-cell lymphoma, because results with currently approved treatments are modest at best, and there is much room for improvement,” she added.

Dr. Burns called the PROPEL results promising because of the significant response rate in the group of previously treated patients.

However, she stated that the results of the single-arm, multicenter study still need to be confirmed with additional research.

“We might expect to see this treatment in the future for patients with peripheral T-cell lymphoma, but not in the near future,” she said. 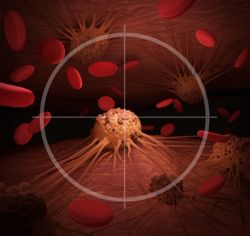 Dan Pollyea, MD, MS, on Venetoclax and IDH Mutations in Patients With AML

Dan Pollyea, MD, MS, on the Discovery and Incidence of IDH1 and IDH2 mutations in Patients With AML