Nina Shah, MD: For transplant-eligible patients, there are several approaches that one can use. The most common approach right now is bortezomib [Velcade], lenalidomide [Revlimid], and dexamethasone, also known as VRd, based on the SWOG [S0777] trial [NCT00644228] from several years ago. However, it should be noted that we have greater data looking at other regimens. One of the biggest splashes that we have is the GRIFFIN [NCT02874742] data looking at daratumumab [Darzalex]–VRd. [That’s] daratumumab, bortezomib [Velcade], lenalidomide, and dexamethasone versus bortezomib, lenalidomide, and dexamethasone in transplant-eligible patients. In this study, patients were randomized to get dara-RVd versus RVd with transplant included, and those patients that got into the daratumumab arm also had daratumumab-lenalidomide maintenance, or DR maintenance, for a total of 32 cycles. This was an interesting study to show that you could improve the stringent CR [complete response] rate and that had been demonstrated, so it met its primary end point.

As we get more and more data, I’m very much looking forward to this year’s ASH [Annual Meeting] to see if there’s any trend in progression-free survival. Based on the curves that we’d seen before, I’m hoping that there will be because if we understand that a [quadruplet] therapy is better than a triplet therapy, especially for very fit patients. We can extend how long patients are having that first remission. It’s so important because the most amount of time you’re going to get from success of your therapy is that first remission. I’m looking forward to that that data to becoming public. 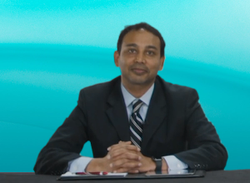