A single cycle of adjuvant bleomycin, etoposide, and cisplatin (BEP) chemotherapy might reduce recurrence rates for nonseminomatous or combined germ cell tumors of the testis.

“This provides robust evidence to inform decisions between adjuvant chemotherapy and surveillance,” said lead study author Robert Anthony Huddart, MD, of the Institute of Cancer Research in London. Adoption of the single-cycle BEP (BEP × 1) regimen as a standard of care would yield a net reduction of “overall exposure to chemotherapy in a young patient population.”

Testicular cancer is the most common cancer among men aged 20 to 39 years. Up to 70% of patients present with stage I disease recurrence at follow-up. In the United Kingdom, standard postorchiectomy treatment for patients with high-risk stage-I NSGCTT is either active surveillance and then BEP (with 500 mg/m2 etoposide; BE500P) for 3 cycles upon recurrence, or adjuvant BE360P for 2 cycles.

“Adjuvant chemotherapy has a 2-year recurrence-free rate of 98% and avoids intensive surveillance but delivers 33% more chemotherapy cycles on a population basis,” Dr. Huddart said. Previous research suggested that a single cycle of BEP might reduce postorchiectomy recurrence rates to less than 5%.

“If BE500P × 1 had a similar high rate of cure to that of BE360P × 2, this would reduce the overall burden of chemotherapy and healthcare resource use,” he noted.

To assess whether or not a single cycle of adjuvant BEP might be a viable alternative to standard practice, Dr. Huddart’s team enrolled 246 patients between 2010 and 2014 at 33 cancer centers in the United Kingdom.

The 2-year recurrence rate, 1.3% for malignant recurrences and 1.3% for teratomas, was similar to that seen with 2 cycles of BE360P.

At 4 years, the malignant recurrence rate was 1.8%. Three patients died during the study: one of testicular cancer, one of a secondary primary lung cancer, and one of overdose. 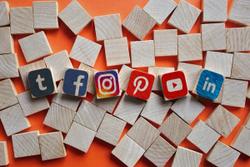